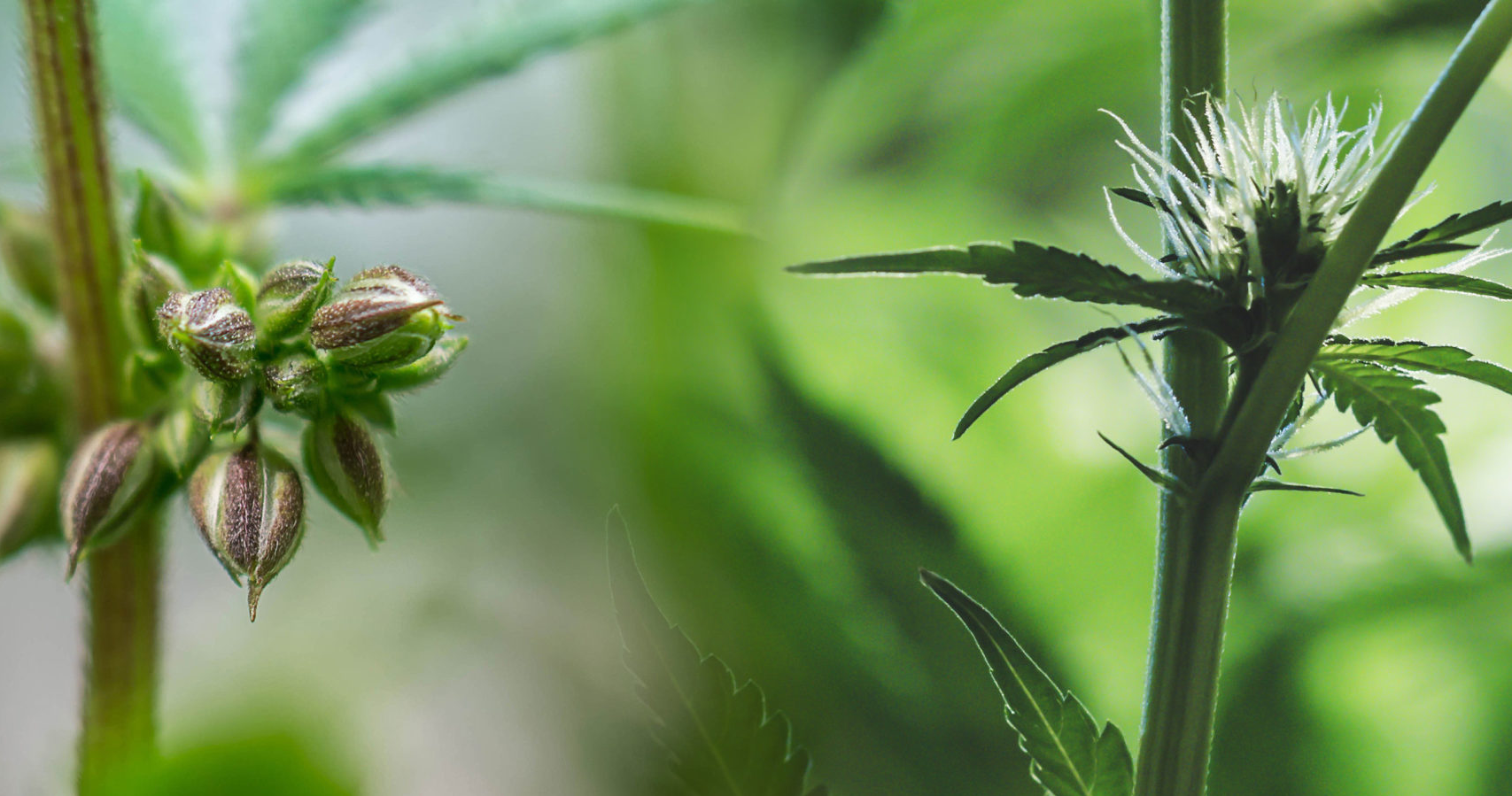 Cannabis seed varieties come in regular, feminized (which most seeds are now), and autoflower. Regular seeds come from one male and one female parent and can produce either male or female plants. It is impossible to tell if a regular seed will turn out to be a male or female later. Of course, after you get to the flowering stage, it is much simpler to identify males and females. Males will produce oval pods while females will produce a protective calyx shaped like a teardrop. the ratio for male-to female growth with regular seeds is around 1-to-1 (approximately 66% female but best to just assume that 50% of the seeds in a regular pack will end up female, which is why most regular packs have more seeds). It is recommended to germinate a few extra seeds to make up for all the males that would be discarded later during the early flowering period.

Feminized seeds are bred to contain no male chromosomes, thus ensuring that every plant grown from them will flower as a female and be able to produce the crop of resinous buds that most growers are looking for – not seeds. Feminized seeds are the easiest way to get bud without risking cross pollination (or unintended seedy weed).

Autoflowering cannabis varieties automatically switch from vegetative growth to the flowering stage with age, as opposed to the ratio of light to dark hours required with full photoperiod strains. It speeds through a full season in just a few weeks. Many autoflowers will be ready to harvest in less than 10 weeks from seed.

Autoflowering varieties have recently surged in popularity because they are small and fast, which allows for multiple crop cycles in the year in tight spaces. They are so small, in fact, that they just look like small shrubs when planted outside and can even be suitable for apartment balconies. They are so fast that some people harvest multiple crops in a year, and well-bred varieties are as strong in effect and flavour as their full photoperiod counterparts.

Cloning is a technique for vegetative (asexually) propagating plants. A desirable plant that has all the traits the grower wants will be the “mother”. The mother is kept in a vegetative state and little clippings are taken from the plant. The clippings are genetically the same as mothers- they are “clones”. The clones grow their own roots and continue the life cycle. The original White Widow mother from 1994 is still alive in vegetative state in a basement in Europe. Cloning isn’t possible for autoflowering varieties and almost all autoflowers are feminized.

Indica, Sativa and Hybrid: Are they real?