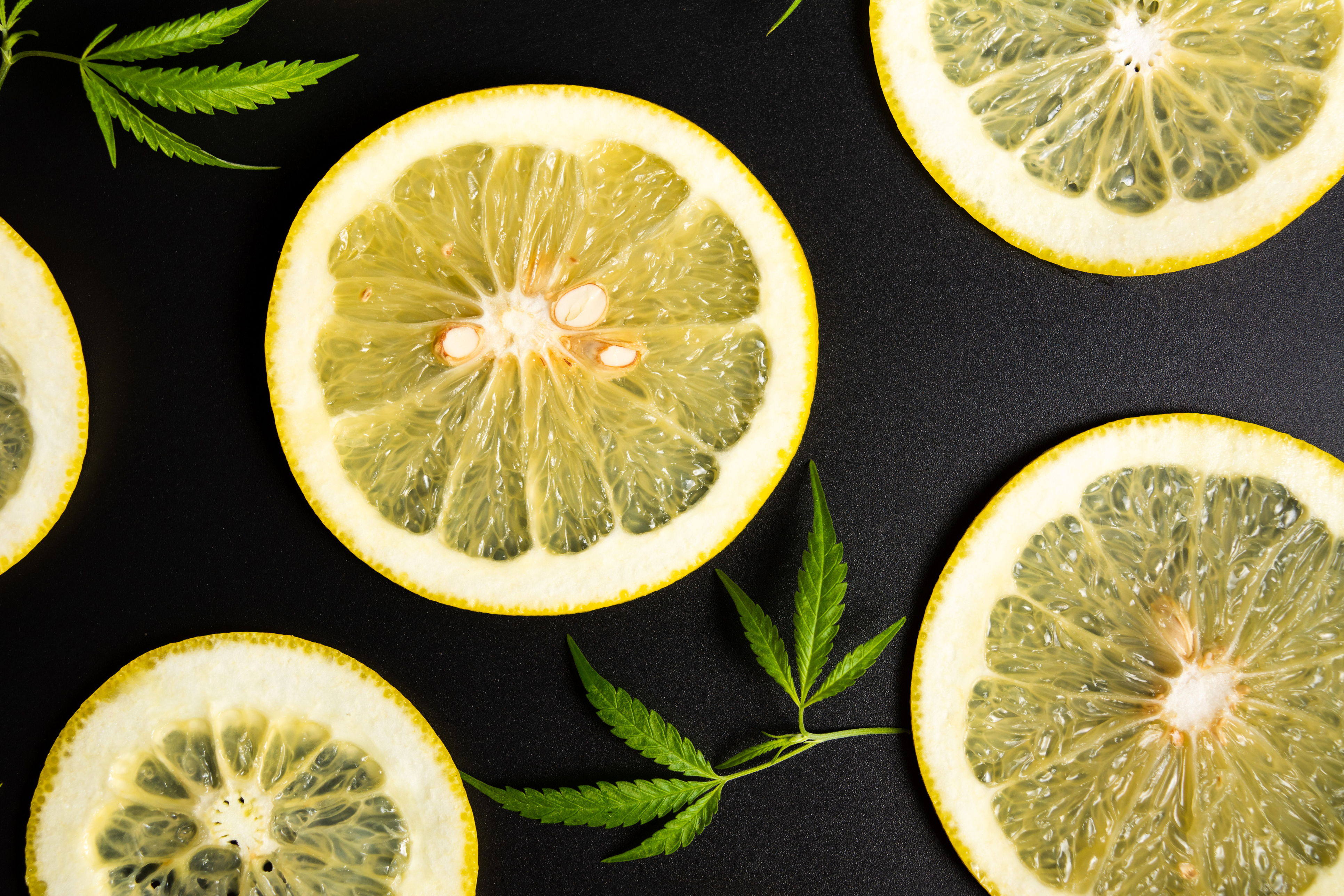 The name “terpene” comes from turpentine, a terpene-based solvent distilled from pinesap. Essential oils composed primarily of terpenes, have a long history of topical and internal medicinal use. Cannabinoids like THC are chemically classified as terpenoids, meaning they are derived from terpenes themselves. This explains the widespread practice among cannabis users of judging the quality of dried cannabis or hash based largely on the intensity of the smell. In high-THC cultivars, because the THC is made from terpenes, their content is usually correlated with psychoactivity.

Terpenes are volatile compounds produced by many plants, as well as some insects. Plants that produce terpenes often produce smells and flavours we find pleasing and are known as aromatic herbs. These aromatic plants have been used by cultures around the world, not only for perfumery and cooking, but also as medicine. The distinctive flavour and smell of each aromatic plant is caused by its unique blend of terpenes. 120 distinct terpenes are produced by the genus cannabis, and the relative concentrations of the individual terpenes vary from strain to strain. Other than the taste and smell differences between varieties, studies have shown that in addition to the psychoactive properties present in cannabis resin, secondary components including terpenes are either psychoactive themselves, or are able to tweak or amplify the effect of the cannabinoids when ingested in combination.