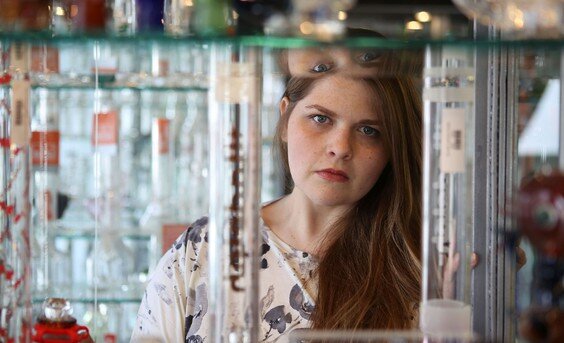 Medical marijuana users are in a state of limbo after the latest court battle halted implementation of new laws governing pot.

New federal rules that would have made it illegal for medical marijuana users to grow their own plants were set to take effect Tuesday.

But a court injunction last month put the new laws on hold, at least temporarily.

The new Health Canada regulations would have eliminated 30,000 licences for home-grown pot and forced patients to buy marijuana from approved commercial producers.

The federal government has said it would appeal the injunction.

“It cuts people off at the knees who can’t afford cannabis at a price per gram,” said Jennawae McLean, co-owner of 420 Kingston, who has a medical marijuana prescription to treat chronic pain.

“People who are growing it for themselves are growing it for pennies a gram. When you have to buy it from a designated grower or a compassion club or even a facility like Tweed Inc., $5 a gram is way too expensive for some of these people.”

McLean’s said some patients need up to 100 grams a day.

McLean, who relies on a compassion club for her prescription of three grams a day, said if the government’s appeal is successful, the new rules will force people to break the law and grow their own marijuana.

Coupled with mandatory minimum sentences for drug crimes, McLean said more people will be going to jail for growing marijuana for their medical purposes.

Dr. Chris Simpson, the president-elect of the Canadian Medical Association, said while there are a lot of anectodal stories about marijuana’s effectiveness, Canada’s doctors are uncomfortable prescribing it without rigorous clinic study first.

Simpson said the CMA’s position hasn’t changed since the issue of medical marijuana first arose in Canada in 2001.

“We’re not saying marijuana may never be shown to be beneficial,” Simpson said.

“We’re just simply saying if doctors are being made the gatekeepers of this, if doctors are the only route to marijuana for patients, or anybody, that puts us in an untenable position.”

More study is needed to determine what doses are needed for different uses, how marijuana interacts with other drugs and what are the risks and benefits.

Marijuana has not been the subject of any large-scale, unbiased scientific study, Simpson said.

“There is inefficient evidence to support the use of marijuana as a medicine,” he said.

In fact, a recently released McGill University study showed marijuana had no effect on the treatment of arthritis. About half of the 40,000 medical marijuana prescriptions in Canada are for arthritis.

Protected: Cannabis Use + Tobacco Use