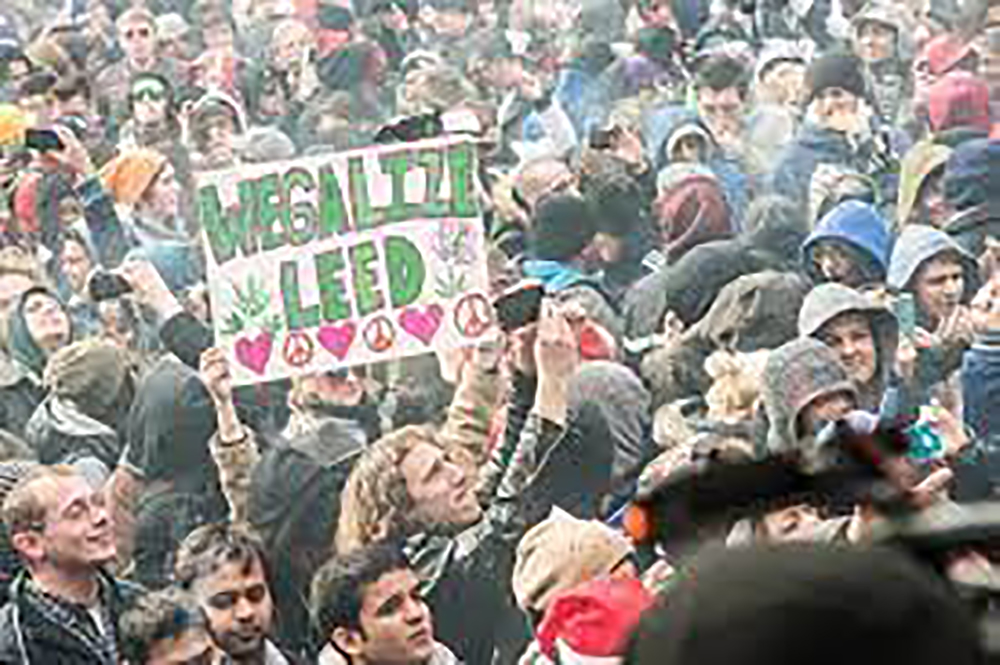 Yesterday marked 4-20, the international day to protest against marijuana prohibition. One would think with impending legislation, these demonstrations would go up in smoke.

But Jennawae Mclean, of local headshop 420 Kingston, says these changes are not what they wanted.

“This will not be the last 4-20, there will always be 4-20 protests as long as the legalization is not correct,” she said.

The new law has strict rules around how much one person can carry, which is a big problem for people who partake in the drug. Smokers will not be allowed to smoke it in public and will be limited to only smoking it in the privacy of their homes.

Mclean says another major issue that will happen when marijuana hits the shelves legally is supply and demand.

“It’s going to be undersupplied, [which] is only going to allow the black market to thrive,” Mclean said. “People will still access their regular drug dealers.”

Come summertime, cannabis smokers in Ontario will be able to purchase the drug at 40 new government-run dispensaries, with up to 150 opening in total by 2020.

But some recreational smokers say the high prices and possible lack of experience in dealing with marijuana will keep smokers from purchasing the plant legally.

“I think [people] will grow their own or find elsewhere to go. I don’t think the people that they’re asking to or giving first crack at applications know how to do it properly.”

Mclean says it’s thanks to the annual demonstrations every year that the legislation is finally on the horizon.

“These activists have made a huge difference in public acceptance of cannabis and the normalization of cannabis.”

The marijuana legislation is expected to be in place sometime in the summer.