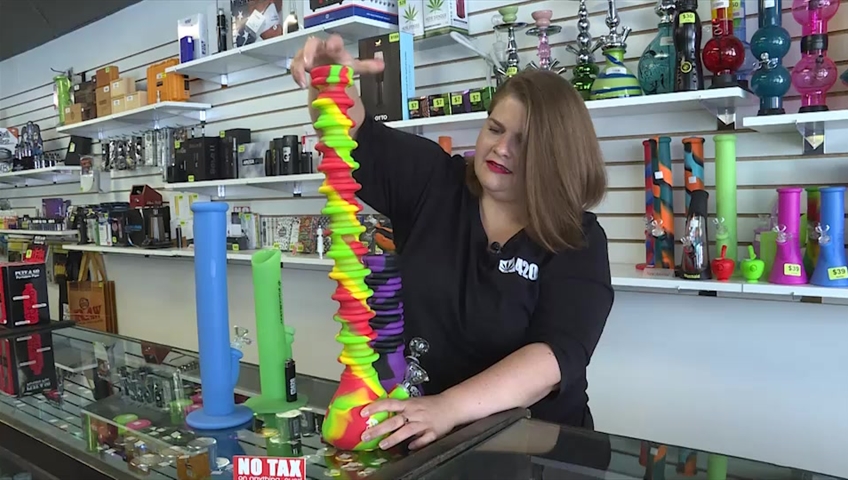 The legalization of cannabis in Canada is months away, but after Oct. 17, any admittance to smoking or even working in the marijuana industry to a border patrol officer can get you banned from entering the United States.

420 Kingston has been serving the area with pot paraphernalia for eight years, and the owner, Jenn McLean, says she has been subjected to intense questioning at the New York state border and stripped of her privacy.

“If you were to open my phone right now, my background is pot-growing under my medical licence and if I were to take that to the border, I would definitely have issues,” said McLean.

The U.S. Customs and Border Patrol released this statement regarding their questioning procedure: “Officers are thoroughly trained on admissibility factors and the Immigration and Nationality Act which broadly governs the admissibility of travelers into the United States.”

Canadian Border Patrol told CKWS News that the U.S. border patrol and the Canadian agency both allow access based on the circumstances of each traveller.

Mclean says border patrol has asked her questions about her marijuana affiliation and she does not lie but understands the fear that many pot users or employees have when they try to cross.

“This process just goes to show how much of a broken system it is, and it goes to show how ridiculous the rules are. This should not be a situation of ‘Don’t ask, don’t tell,’ because the border agents are not asking us how many glasses of wine we had in any given place or time,” said McLean.

U.S. Customs and Border Patrol says because marijuana remains federally prohibited in America, if you work in the Canadian cannabis industry, you may be turned away from the border or banned from entering.